Planetek Italia has been awarded as the European Earth Observation Services Company of the Year 2017.

The EARSC Company Achievement Award was officially recognized during the occasion of the pre General Assembly cocktail, held on 4th July in Brussels. 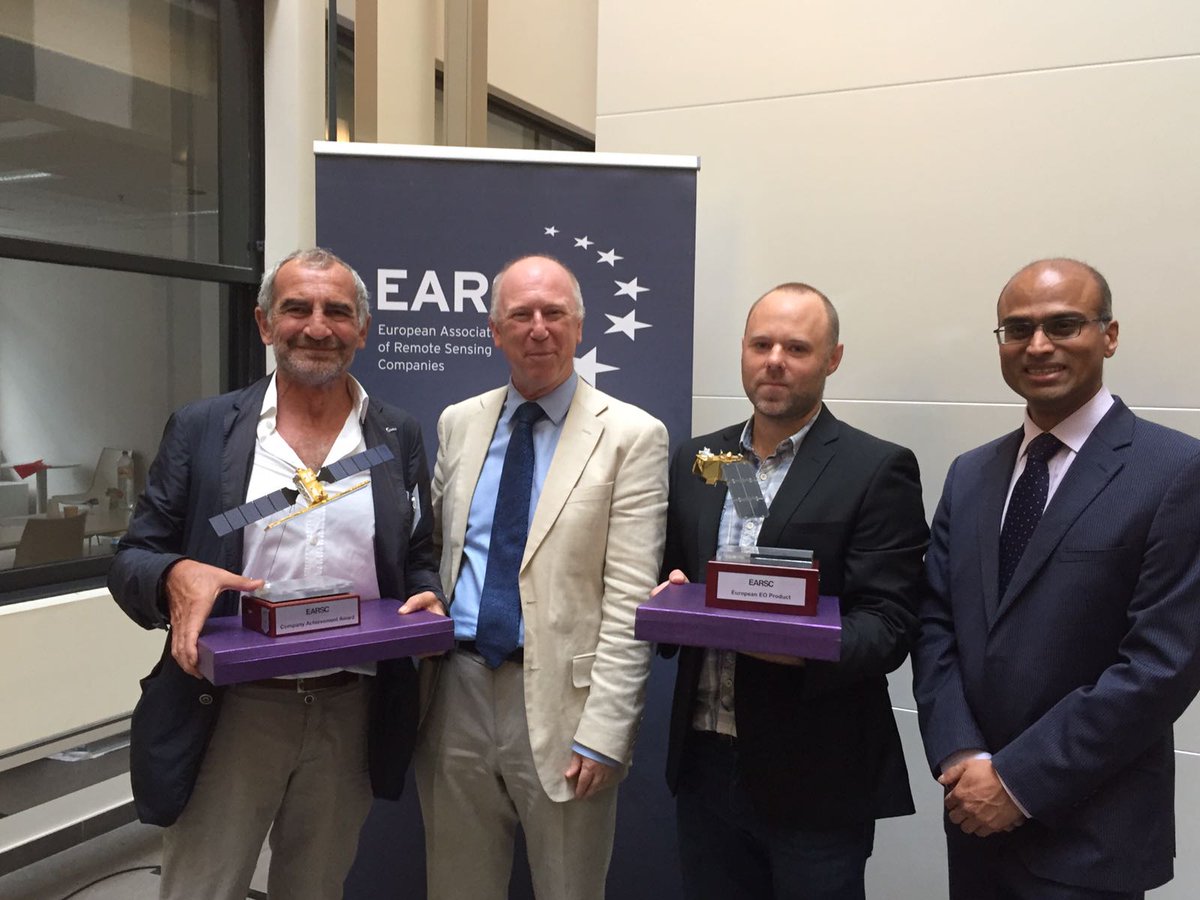 EARSC has thereby recognised Planetek Italia as the company to have made the most signiﬁcant contribution to the development of the Earth Observation sector in Europe.

The criteria used for the selection of the winning company were:

Nominations for the award were collected from EARSC members who then vote and the winner has been selected by an international, independent jury of EO sector representatives.

Planetek Italia is an Italian company specialised in geo-informatics, Space solutions and Earth observation. The company provides solutions to exploit the value of geospatial data through all phases of data life cycle from acquisition, storage, management up to analysis and sharing. Planetek Italia operates in many application areas ranging from environmental and land monitoring to open-government and smart cities, and including defence and security, as well as scientific missions and planetary exploration. Planetek Italia is also a dealer of Hexagon Geospatial / Intergraph software and a data provider of satellite images. The Planetek group consists of four companies based in Italy and Greece and is active in both national and international markets.

EARSC represents the Earth Observation geo-information services companies in Europe. Today EARSC has 96 members coming from most European countries. EARSC members include both commercial operators of EO satellites, IT, downstream and value adding companies. The sector plays a key role in providing value-added geo-spatial information to its customers in Europe and the world. In 2014, the revenue of the European EO services sector is estimated to be around €900m for approximatively 450 companies and giving work to over 6500 highly skilled employees.