The Italian single access point to all information assets for the collection, management and sharing of marine-coastal monitoring data at European level.


The European Marine Strategy Directive establish that Member States must activate a monitoring system of coastal sea water quality, in order to define its status and monitor the effectiveness of the measures implemented for the protection of waters.

In Italy, the Ministry of the Environment and the Protection of the Land and the Sea (MATTM), - the authority for the implementation of the Framework Directive on the Marine Strategy 2008/56/EC in Italy-, with the support of ISPRA has activated the Italian Centralized Information System (SIC-MSFD), the single access point to all information assets for the collection, management and sharing of marine-coastal monitoring data at Community level. 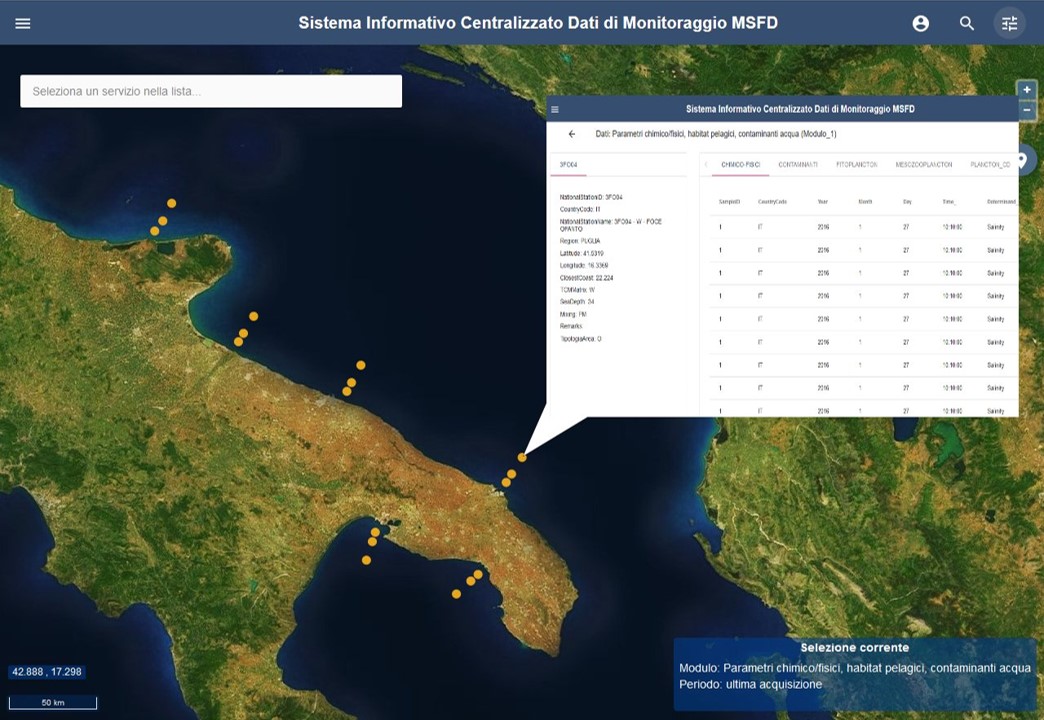 The project included the development and management of a Web portal and application modules aimed at the implementation of the centralized information system of the MATTM, for the collection, management and sharing at Community level of monitoring data of the marine environment, to be carried out at ISPRA.

The SIC allows the centralization of information collected from numerous information sources, also integrating data produced by the regional administrations and ARPA:

The Cartographic component is compliant with INSPIRE and the Italian National Repository of Territorial Data (RNDT), and adopts the OGC, WMS, WFS, WCS standards. The SIC infrastructure was adopted by ISPRA for the creation of the UNEP UN-based environmental DB UN-INFO.

The main requirement of the system is the cooperation between the different categories of users, - which include the users to whom the SIC is primarily addressed -, as direct or indirect users, and which are:

Check out all projects