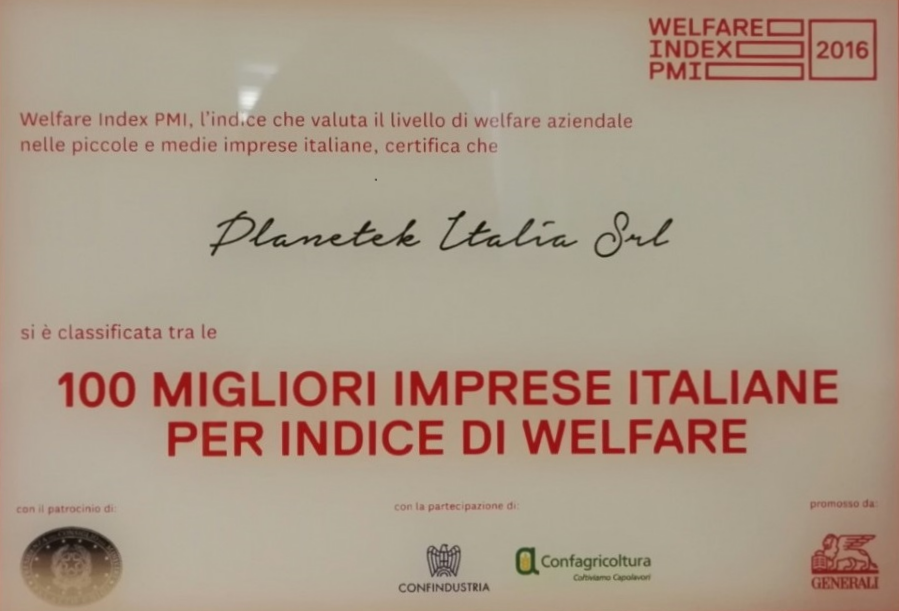 The award was announced during the presentation event of Rapporto 2016 Welfare Index PMI (SME Welfare Index Report 2016) and the award ceremony of the 11 best companies in each sector, held in Rome, Italy, last March 8th 2016, present the Italian Minister of Labour and Social Policies, Giuliano Poletti.

Planetek Italia is among the 2140 companies, which participated the initiative. After the screening of the 10 areas composing the Welfare Index, the commission listed Planetek Italia among 100 best Italian companies.

The screening activity of the Welfare system in the company highlighted that its Welfare Index is noticeably higher than the average of the sector, observing an exceptional sensitiveness for the educational and training areas, the support to flexibility and mobility, the economical support to employees, equal opportunities, and the support to parents and private life-job facilitation.

The article published on Planetek Italia Blog (in Italian) explains the concept of “Company Welfare”, which important benefits the company adds to its business, the initiative Welfare Index PMI and the aggregate results of the Welfare Index PMI 2016 Report.