Planetek Hellas and Planetek Italia have signed a framework contract with the European Union Satellite Center (SatCen), for the provision of Earth Observation based Very High Resolution Reference Mapping products in support to FRONTEX, the European Border and Coast Guard Agency. 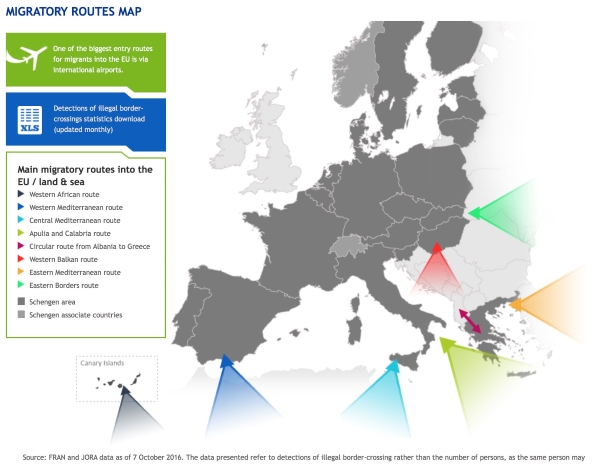 The information products to be provided will enhance border surveillance, a current challenge for the European Union as regards migration and security. The Reference Mapping Service aims at providing a background of geographical context, including relevant information on hydrography, topography, land cover, infrastructure and population. The service will support the monitoring of border areas and the improvement of decision-making and response capabilities of the authorities responsible for controlling and monitoring European borders.

“Being the only SME’s within this group of large companies that have signed the same framework contract is certainly a challenge for us”, said Giovanni Sylos Labini, CEO, Planetek Italia and Planetek Hellas. “We are thankful to SatCen for the trust that has shown to Planetek Group and we are committed to provide the best possible services to this highly esteemed EU Entrusted Entity”, he concluded.

“We are very pleased and at the same time very conscious about the responsibility we undertake, to be able to contribute to such a delicate issue for the European Union. The fact that our countries, Greece and Italy, are among the most affected ones from the situation in the wider neighbouring region, increases the level of our commitment to perform well,” said Stelios Bollanos, Director of Planetek Hellas, who is the leading company of the consortium.