Earthquake in Italy: satellite imagery and maps of damaged areas

The earthquake hit at around 3:30 AM of the 24th August, 2016 some 100 KM northeast of Rome, the capital. The earthquake of magnitude 6.2 severely damaged several towns and killed hundreds of people. The towns of Amatrice, Accumoli, Pescara del Tronto and Arquata del Tronto, have been completely devasted.

To support the Italian Emergency services, all main satellite data providers have immediately began re-tasking their satellites to get the data urgently needed of the affected areas. These data are, usually, made available with free licence in order to let professionals and organizations use it, contributing to a fast and accurate knowledge of the situation.

The European Union immediately alerted the Copernicus EMS team which will provide the Italian Civil Protection damage assessment satellite maps for the affected area, based on European Copernicus Sentinel satellites.

The image was provided to the Humanitarian OpenStreetMap Team (HOT) and has been made available to anyone who wants to contribute to the detection and mapping of buildings and infrastructures damaged and destroyed. This activity will provide updated information of great support to Institutions and emergency services during the emergency and after.

If you wish to contribute 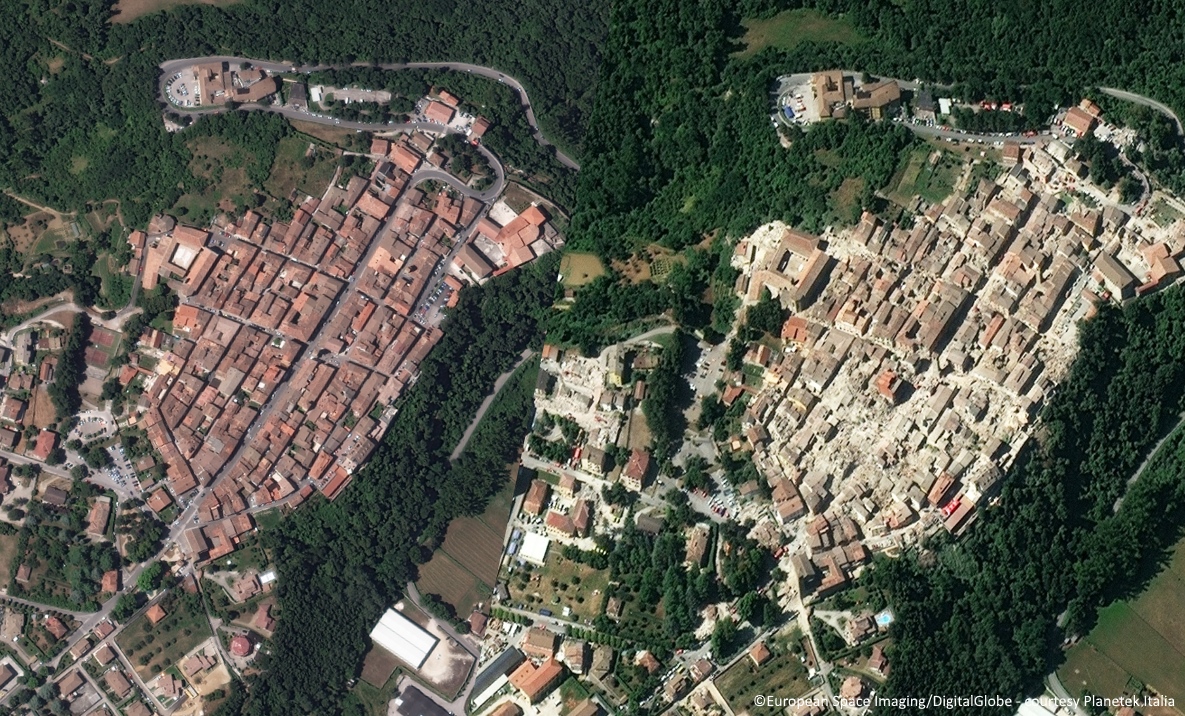